Family Traditions to some are simply whose house you go to on a certain holiday. I am a believer that holidays can and should be fun. They are meant to draw your family closer and make memories. But I can honestly say there are times in my life that I dreaded some holidays because we simply went to someone’s home and sat and ate and sat some more. There have been times where there was complete silence in the room while 8 or more people were sitting there. It is just difficult at times to be with some people only once a year that you really don’t know that well.

My husband and I love to entertain. We also love to make it memorable and provide some fun. With that in mind we have created some family traditions over the years. Our kids now adults, one a parent, love our family traditions. But as your family grows in age and size, some traditions will have to change or maybe even stop. So we are continually coming up with new ideas to make our get togethers something special. As the holidays approach, I will share some more of them we have recently started and some longstanding ones as well.

One of the holidays that has moved all around our families is Thanksgiving. I actually never had it until the last 5 years or so. Thankfully for me, we don’t have football enthusiasts in our immediate family so there are no TVs on…unless we decide to launch the Christmas season with a family movie.

This past year, I had just kind of had it. I had been doing all of the holidays for all of our families for several years. It gets exhausting and expensive. But I had an idea to help take the load off and make some fun. Since our kids started college we all took a dish and made it for Thanksgiving so this part would not be new. Our kids and us love to play games. In fact I think we are all pretty competitive. I have to include my brother in that as well. With all of that in mind we issued a Thanksgiving Cooking Tournament. They selected a dish to bring and there would be a vote on the food and a winner chosen. Sorry for the blurry photo…I was not blogging at the time and was no good at taking photos.

The game was afoot! People got very creative and went all out. Even my brother who probably hasn’t cooked a thing in his life prepared something.

Here were most of the entries…I can’t recall all of them.

Mulled Wine…my brother. This was excellent! Spices, warm and a little spirit to it.

Stuffed Mushrooms, one with cheese, one with crab….Miss M. She loves mushrooms and cooking. While I can’t eat cheese or crab, I know they were good because they were worked over well.

Asian Meatballs….by Ms  P, those disappeared in a flash

Turkey of course…this was mine. I made a brine for the first time ever. It was delicious.

Crock Pot Green Beans…I also did this because no one chose green beans and I can’t have Thanksgiving without those traditional favorites.

Loaded Bake Potato Mac and Cheese by Mr. BT. He was so excited, this was his own creation…you can only imagine how good this was, right?

Bread…by Mr. BR, well we will discuss this later.

Coconut Cream Pie….my mom. She is great at baking in general but she is really good at meringue.

Campfire Pumpkin Cheesecake….my hubby. He got all into cooking outdoors on the deck. Crazy!…Crazy-Good! There may have been a few others like a pumpkin pie and dressing, but I just don’t recall those. The rules were loose. You could enter more than one item but I was having a problem as we progressed with everyone wanting to bring desserts. There were only going to be 7 of us for dinner because Mr. BT and Ms. P were only there to prepare but had to visit other family for the meal. It worked out in the end.

It was fun working together in the kitchen. Aprons all around. I think some of them brought their own special ones…don’t think I have a photo of it though.

Then my brother gave each of us a large envelope. As you can see I have a brother with a great sense of creativity and humor. It was awesome. They were all very specific to the each person…I share mine here. Oh and BTW, I am his ONLY sister.

Now back to that bread. I mean who enters bread? You aren’t likely to win with that. But here comes Mr. Br with this. Sorry again for the photo quality, I had no intention of publishing photos at the time I took them.

They were pumpkin and cinnamon spiced as well as gorgeous!

We enjoyed a great meal. Then it was time for the moment of truth. We allowed I believe 4 votes per person. You could vote for yourself. I can’t recall if you could vote more than once for the same thing, but I think you could. My husband’s Campfire Cheesecake actually turned out!

And the Winner Is….

First place: in case you haven’t already guessed was the BREAD!

The Trophy was the Chef’s Hat to hold for a year and to be passed on to the winner next year. Now we aren’t having Thanksgiving at our home this year and I have not heard about a Cooking Tournament, so we may have to have a cookie bake-off or something else so someone else gets a chance at the Hat.

But overall, it created a really fun, memorable day of cooking and not just a few ladies in the kitchen cooking while others sit around and wait to be served as it used to be when I was about 12. We didn’t even eat with the men. They ate first, we cleaned up, then the women ate, then they cleaned up again. Then it was time for dessert and it started all over again! Whew. So glad those days are over.

One thing I can say for certain as many of our most recent traditions are being planned and anticipated. They stir an excitement in us. Everyone gets involved. Children and older people can all participate. It definitely draws us closer and we look forward to the night of our event. they were watching my new puppy on the floor! You’ve met her at the Festive Fall Home Tour

Do you have any unusual traditions for the Thanksgiving Holiday? I know my son-in-laws family used to have a foot race up their street after their meal!

As you plan for family and friends, I hope you find joy in sharing your meal with who you are with and that your heart is filled with Thanksgiving! 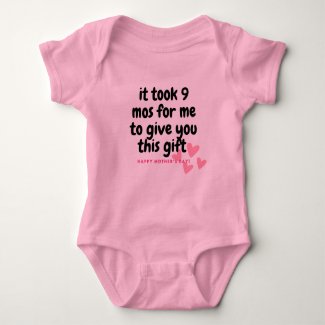 Bring on the Sunshine!