What new diet are you thinking of trying for 2020?

It’s kind of cliche’, right? January comes and there is a rush at the gym, the diet centers enrollment go off the charts and millions are looking for that fast fix to lose weight for good this time.

But if you are reading this, most likely you would like to lose a little bit of weight this year.

Since March of last year, I began dabbling with the Ketogenic Diet. I went into it very naive. I accidentally landed on some youtube videos about HUGE weight loss that inspired me and that began a big dig into researching this sometimes controversial diet.

The One Diet That Will Work!

If you haven’t tried this one before, or even if you have, I implore you to give it a try. You don’t have to join anything. There is no special food required. You don’t even have to purchase any books. Information on the Keto Diet can be found free on Youtube or blogs.

Disclaimer: As with any dietary change, you should consult your physician before changing your diet. I provide this post simply as an inspiration and to encourage you to do your own research into health.

I hope to be one of those places that people will come to get inspiration, recipes and tips.

Gluten was my enemy

12 years ago upon changing physicians in an attempt to find one who chose to cure rather than treat symptoms, I found a doctor who told me that I had a leaking gut.

I’m a former practicing Registered Nurse and had never heard that term before. I’ll go into details about “leaky gut” in another upcoming post.

My doctor ordered a lot of tests. Tests I had never heard of before including saliva tests.

Results showed many things but one was that I was GLUTEN SENSITIVE. Again, I had heard of Celiac Disease, but not Gluten Sensitivity. Honestly, it doesn’t sound too bad. But I was told to give up gluten.

I tried to give it up. I would go for a while, then let it back in. Eventually when I had been off of gluten for a long period of time and then reintroduced it because I was at an event or something, I noticed huge differences the next day in how I was feeling.

After eating gluten, my joints were sore, even my finger joints. I often got a migraine. I felt sluggish. My body was letting me know that I had taken in something it didn’t like and was getting inflamed from it.

One of the things that attracted me to the Ketogenic Diet is that it is totally gluten free just by the nature of it.

This allowed me to really not be tempted to cheat on gluten because it wasn’t part of the diet. It also is part of the reason this diet has become a lifelong change for me.

As I said in my opening, I dabbled in it, didn’t measure food or figure out macros. I simply cut out the carbohydrates that were high like fruits, bread, potatoes and the like and increased my fat which was not something I had never tried before.

Intermittent fasting was fairly simply once I realized I only needed to eat when I was hungry. Eating fat curbs your hunger, so that helped as well. There were many days where I could eat just one meal a day without much effort.

Did I have the dramatic weight loss of those I saw on YouTube? NO

Did I have significant weight loss that has stayed off? YES

I was losing about 4 lbs a month as I recall. I lost a total of 20 lbs and have been a little stagnant here even though I know I could stand to lose at least another 10 lbs.

However, 20 lbs is definitely significant, noticeable and motivational.

As I began to move my body’s metabolism from utilizing carbohydrates for fuel to using fat for fuel, I began to notice changes that were unmistakable.

Getting up and having enormous energy.

People looking at my photograph from a year ago and comparing it to now and saying I look so much younger. My skin has really improved.

Cravings gone. Hunger gone. Food no longer waged a hold over me.

All of the positive changes I saw, and this is just a few of them, caused me to realize this is the way I choose to eat the rest of my life. As I dug deeper into research, I become convinced this is the best eating habit for all people.

Take Charge of Your Health

While my physician is NOT on board with the diet yet, many physicians are getting on board. I follow several on YouTube. Dr. Anette Bosworth is one who gets real scientific. Dr. Ken Berry has less science and more practical short videos. There are a few others, but these two are the best.

The research of this diet goes way back to when it was first used to help children who suffered from seizures and were not helped by medication. It goes on now to be highly recommended for people suffering from Parkinson’s and any neurologic or autoimmune diseases. Diabetics, those suffering from high blood pressure are also finding themselves getting weaned from medications once they find consistency on a ketogenic diet.

Recently I had changed physicians because my physician of 12 years was now concierge and I thought it was $6k a year just to be a member of the group. This new physician’s recommended treatment was a huge wake up call for me.

I explained my philosophy on my health. Medications were not something I wanted to be on, though I would welcome supplements. I told her about my new diet and that I was not going off of it because of the benefits I was seeing.

After routine blood tests, she wanted to put me on statins, and something to lower my glucose and as well as put me on a diet rich in blah, blah blah.

I reminded her that I don’t even take sugar or anything that turns to sugar in the gut into my mouth. My A1c was borderline. I told her I was checking my fasting glucose a couple of times a week and expected it to go down since I had changed my diet.

As for my cholesterol, my triglycerides were fine and as most people who are on a high fat diet my other cholesterol numbers were high. I explained that there are different kinds of LDL cholesterols and they were needed for hormones, for cell walls and much more.

I share all of this because I quickly went back to my other doctor paying the fee which was not $6k. While my doctor is not on board with keto yet, she has an open mind to it. She will determine its effectiveness by watching my numbers in six months. I am committed to this diet as a lifestyle.

We have to educate ourselves and do our own research. Find the information as it is so simple these days and find out how to cure our diseases through our diet.

Why I Want To Share About The Ketogenic Diet

As a Registered Nurse, I was trained to help people. I was taught to teach people about their health and establishing good habits in caring for themselves.

Once you have some knowledge along with lots of proof of how a change in diet can affect so many things, it is imperative to get the message out. People’s lives are at stake.

Treating Symptoms Rather Than Cause

One brief example: I was once put on antacids for acid reflux. For several years or more I was taking these prescription meds like Zantac, or Nexium. If you are someone taking these meds, look at the box and read it. You are not supposed to take these for longer than 14 days. So why are doctors prescribing them for years? What’s worse, they are now not supervised as they are over the counter meds available at your own discretion.

Why don’t doctors look for the cause of reflux?

I found out that removing gluten from my diet also stopped the reflux. Having a sensitivity to gluten is as bad as being diagnosed with celiac but few people will ever find out they have a sensitivity.

When you stay on antacids longer than prescribed our wonderful bodies will open new outlets that release acid. So you aren’t making anything better and there are side effects to taking those drugs.

The Ketogenic Diet will stop your acid reflux as your gut begins to heal from the inflammation caused by foods that you are reacting to. Again, never stop taking any meds without consulting your doctor first.

So it’s just part of who I am. I want to help others who have a problem with weight, autoimmune, neurologic, diabetes, depression and more which can all be helped and some cured from eating a ketogenic diet.

Are You Ready? Let’s Get Started!

Cravings gone. Hunger gone. Food no longer waged a hold over me. 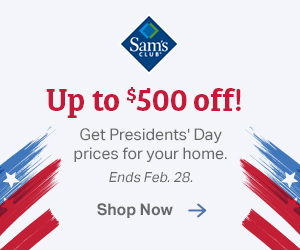 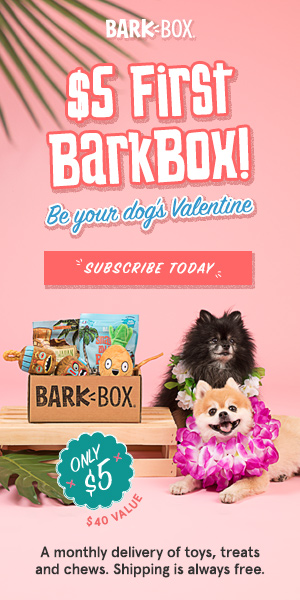